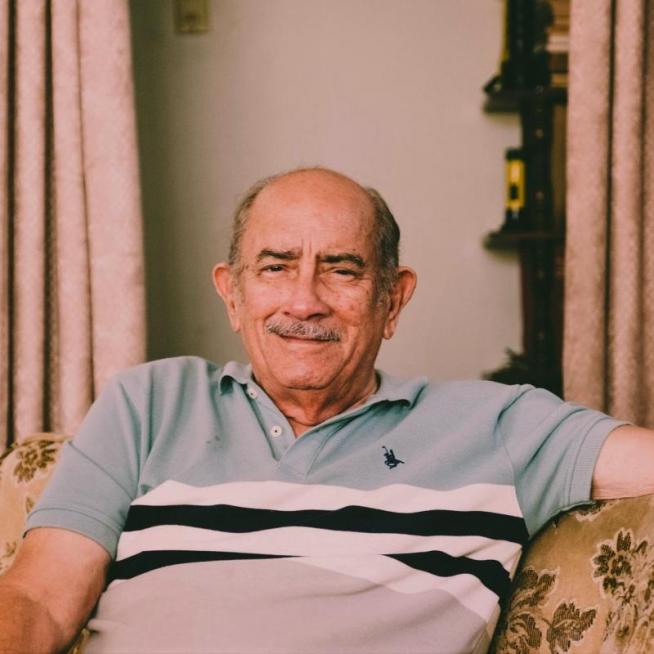 After Discharge from the Hospital, a New Life Begins in the Community

When Project Guardianship met Stanley, he was 69 years old and living in a psychiatric unit in a hospital in the Bronx. Stanley had been admitted to the hospital nearly a year before, after he was found wandering the streets confused, naked, and hearing voices. He was diagnosed with severe depression, anxiety, and psychosis and began an anti-depressant / anti-anxiety medication regimen that helped him greatly. In the ensuing years, he has even been able to wean the dosages to fairly low levels, and Stanley and his doctor continue to work together to ensure that he is in a safe mental space. Fortunately, his progress has been on a positive trajectory since treatment began.

Stanley had been admitted to the hospital nearly a year before, after he was found wandering the streets confused, naked, and hearing voices.

Stanley has always been easy-mannered. Because of his medical stability, and because he is able to live fairly independently and care for himself, our staff worked hard to find a more suitable and less restrictive place for him to live. We found an assisted living facility on the Upper East Side, where he would have more freedom – his own room and TV and support staff available to help him only if he needs it. He loves his new home where he is thriving and wants to stay living there as long as possible. Unfortunately, his rent exceeds his income, and knowing this, he has often expressed anxiety over the likelihood for an extended stay. Fortunately, through our enhanced budgeting process, Stanley will be able to stay in the facility for at least another seven years.

He loves his new home where he is thriving and wants to stay there as long as possible.

Pre-COVID pandemic, Stanley would leave the facility often and enjoyed going to Central Park and visiting the senior center close to his apartment. Since COVID began, Stanley has mostly stayed in his room to shield himself from the virus. He used to watch only sports, but in the interim has expanded his viewing to now enjoy a wide variety of programming, including history documentaries. Now, as the pandemic restrictions have lessened a bit, Stanley has begun to consider that going outdoors again and maybe visiting the local library that has reopened might be a good idea. He has also received the COVID-19 vaccine.

We have already been proactive in continued financial planning for Stanley. This includes monitoring when it will be possible to apply for Medicaid on his behalf. When he does become eligible, and the time comes, we will find a facility that accepts Medicaid that will suit his needs and where he will also be happy and thrive.