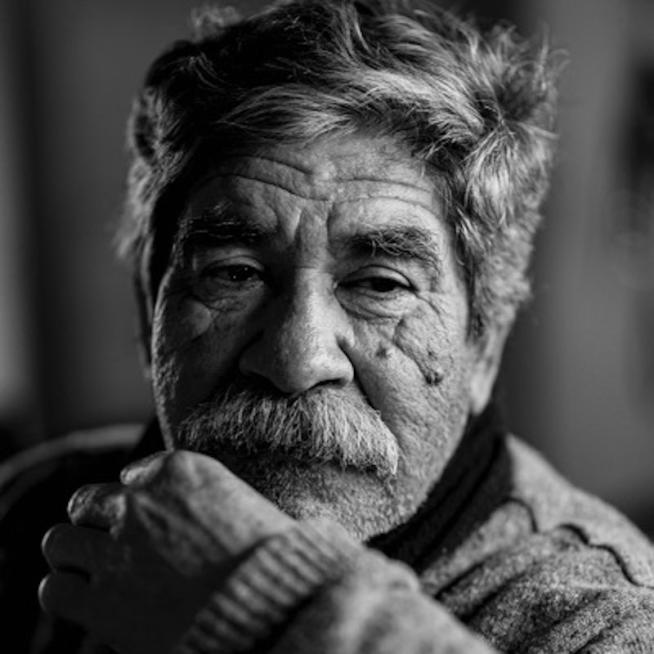 Manny* was a self-identified Apache and an Air Force Veteran. As a young man, he spent years traveling throughout the Southwest with his family, collecting cowboy memorabilia along the way. When Project Guardianship was appointed to serve as Manny’s guardian in 2011, his wife and daughter had already passed and his son was serving a lengthy prison sentence in Upstate New York.

Manny was high-functioning in daily activities like eating and showering, though he also had dementia and was legally blind. He presented with “sundowning syndrome,” a term used to characterize troubling behavior in dementia patients that occurs in the evening and at night. Just prior to our appointment, Manny had been evicted from his apartment and lost all of his possessions, including precious keepsakes from his youth.

Project Guardianship’s first priority was to find stable housing and care for Manny. We also contacted Manny’s son, Felix*, to inform him of the guardianship arrangement and his father's whereabouts. Fortunately, we won a housing lottery and secured Manny a one-bedroom apartment in Brooklyn. From there, we hired a 24/7 home health service to help Manny with medication management, cooking, and cleaning. When Manny needed more intensive support, we transitioned him to a nursing home for Veterans.

Manny’s transition to the Veterans home proved an important step for his health and overall happiness. There, he made friends and enjoyed talking with fellow residents and staff about rodeos, horseback riding, and John Wayne. While Manny spoke fluent English, he was more engaged in conversations with his nursing team, who spoke his native Spanish. Within a year, Manny was honored in a Men of Excellence ceremony by the Department of Veterans Affairs.

During this time, Felix kept in frequent contact with his father. When Project Guardianship learned that Felix was up for parole, we submitted a letter to his parole board informing them of the joy that he brings his father, and advocating for his increased involvement in his father’s life and care. Soon after, Felix was released and Project Guardianship supported his successful return to the world outside of prison.

Eight years after our appointment, Manny was diagnosed with metastatic prostate cancer. Due to his comorbidities and inability to consent to aggressive treatment, it was determined that Manny was not a candidate for chemotherapy. Project Guardianship ensured that Manny’s dignity and comfort were prioritized as his condition worsened, and joined Felix for frequent visits with his father.

Manny was 94 at the time of his death. He was a lively person with endless love for his son, a phenomenal story-teller, and a lifelong cowboy enthusiast. He will be missed.