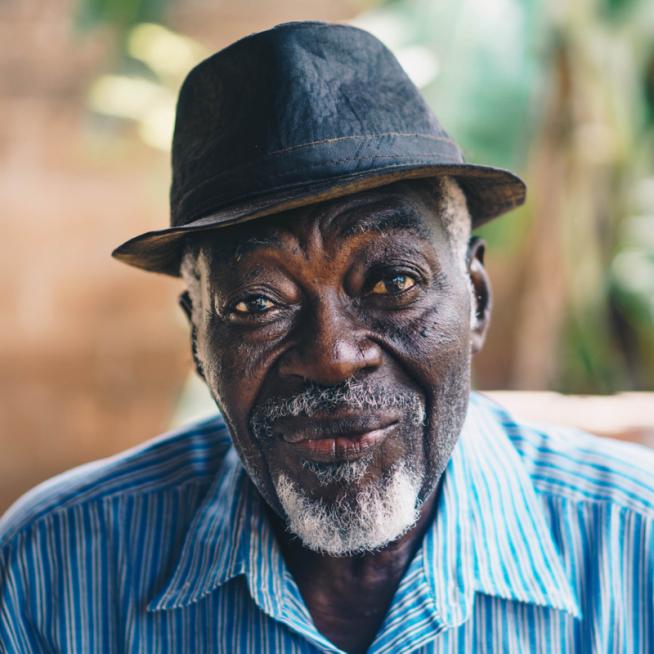 Healing from a lifetime of neglect

Danny’s* life has been marked by a long cascade of tragic incidents, although his sunny and affectionate demeanor belies this fact.

Danny is a 56-year-old man. Born a healthy child, at age seven, he sustained a traumatic brain injury in a car crash, which left him functioning with the mental capacity of a three-year old. Then, he was blinded at age 14 when he was hit in the head with a baseball bat. After both his mom and dad died (when he was nine and then 22), he lived with his grandparents. When they both died, he lived in foster homes, and intermittently with his Aunt Mary (not her real name).

There are strong indications that Mary was neglectful, if not abusive toward Danny. She controlled his $700 monthly social security income, rationing out only a couple of dollars a week to him. She also withheld food from Danny, and he became extremely emaciated and lost 20 pounds in six months. Mary also failed to bring Danny to the doctors or to administer the medicines that he needed, and the staff at his day program brought him to the emergency room on more than one occasion. When the staff confronted her, Mary simply removed him from the program. His life then became one of total isolation in her very dirty and roach-infested apartment. He did not even have his own bed to sleep in.

From the beginning, Danny was thrilled with his new home and asked “to stay there forever." He continues to live there to this day.

Our staff organized quickly to free Danny from his dangerous environment. Within a week, escorted by the police, we removed him from his aunt’s apartment. When we arrived, he was in a room full of garbage bags and huddled under the bed covers. When asked to gather his things, he grabbed a few scraps of paper and some pieces of tin foil. We immediately brought him to a nearby hospital to treat his malnourishment and to stabilize his medications.

After Danny was released from the hospital, we found long-term housing for him through the Cerebral Palsy Association.  From the beginning, Danny was thrilled with his new home and asked “to stay there forever”. He continues to live there till this day.  He also enjoys going to a day program five days a week, where he is learning some Braille and likes Zumba classes. He loves to eat and now maintains a very healthy weight. He also loves listening to his music, particularly old school favorites like Otis Redding and Stevie Wonder.

After a long road, Danny is now receiving the right care in the right setting, and he is thriving and happy living his new life.