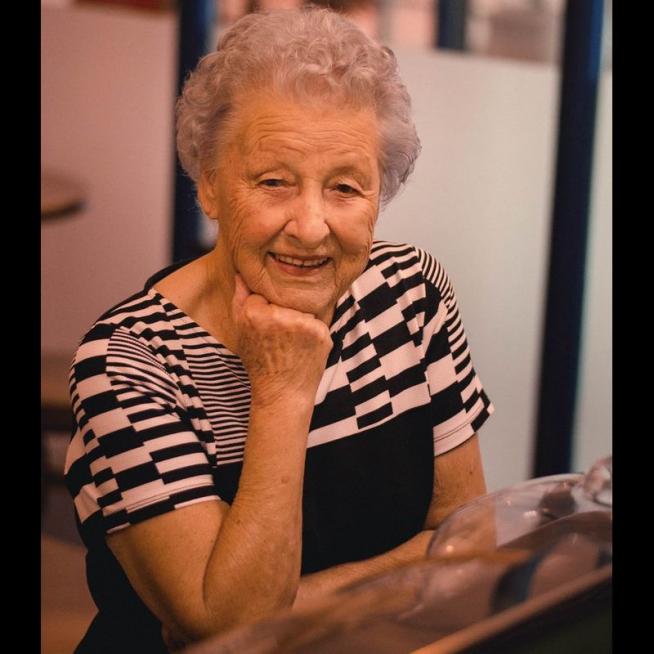 Martha* is 93 years young. Born on Christmas Day in 1926, Martha was a woman ahead of her time – she married and raised two daughters while graduating from college and earning an arts degree. She owns and lives in a cooperative apartment in Morningside Heights. Martha has had advanced dementia for several years.

Project Guardianship has been Martha’s guardian since 2014, after reports were made to authorities that she was acting confused and showing signs of neglect.

After we were appointed as guardian, we secured 24-hour home care for her, managed her finances, and set up a trust so she could be eligible for Medicaid without becoming destitute.

In late March 2020, Martha was taken to Mount Sinai Hospital because she exhibited symptoms of COVID-19, including fever, a severe cough, no appetite, and extreme weakness.  Over the next month, we spent hours on the telephone with her rotating team of geriatric and palliative care doctors and communicating her treatment regimen and condition to her family.

At one point it appeared that Martha might not survive, and our team worked closely with her doctors to make sure that her end-of-life wishes would be respected with a treatment protocol that would allow her to pass with dignity should it be her time. Despite the grim forecast, thankfully, she began to pull through – her cough began to clear, and she began to eat.

Martha was taken to Mount Sinai Hospital because she exhibited symptoms of COVID-19, including fever, a severe cough, no appetite, and extreme weakness.

At the height of the pandemic in late April 2020, when Martha was ready to be discharged from the hospital – it was a very difficult time to re-establish home care services. Hospital staff wanted to discharge her to a nursing home.  We did not think this was a good option for Martha who cherished and thrived living in her home. We worked diligently with hospital social workers and her primary care physician. So, when Martha was re-tested for COVID, her negative test results greenlighted her return home. Upon her discharge, the home care agency would now provide home care aides again, and Martha returned home with 24-hour home care instead of to a nursing home facility.

Martha is perhaps one of the oldest survivors of COVID-19 in New York State and we are happy to report that she fully recovered from the virus.